Home Blog Under the stars at Anglers Country Park

Under the stars at Anglers Country Park

To date I've captured star trails from the garden and ventured up the road to shoot a space station. However, living in the city (even if it is a small one) does have it's downsides and of course, I'm talking about light pollution. In photography, lighting is key to creating a successful image and astrophotography is no exception. In astrophotography the aim is to capture light from space and not from the street light at the end of your garden or from the city glow - although you can be creative with both of these things!

And so, I decided to head out of the city to a nearby country park called Anglers Country Park. Here's how I got on...

I arrived at the park at dusk. The sun had dropped below the horizon and it was just starting to get dark. Armed with a camera, a wide-angle lens, and a star tracker I was hoping to see some stars.

According to the ISS Detector app (Android), the International Space Station was due to make low pass shortly after sun down. I hoped to capture it with the park in the foreground so I headed to the far side of the water. The sun was projecting an orangey yellow glow on the horizon, which was being reflected over the water. 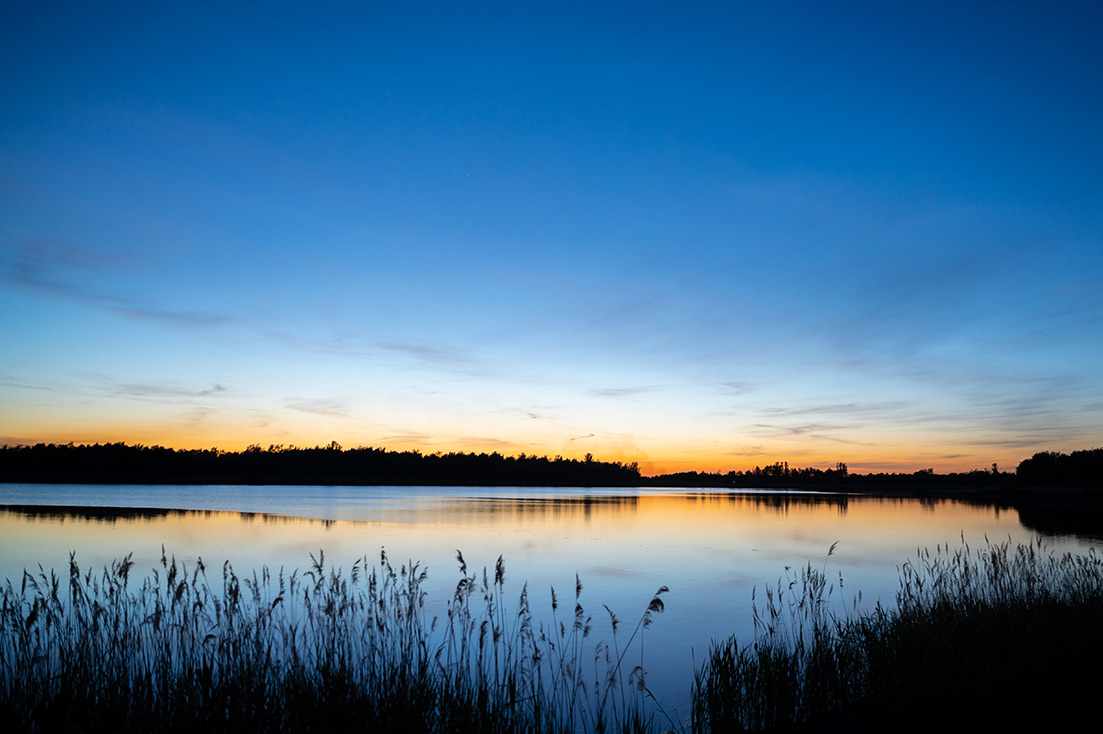 It wasn’t quite dark, so light was going to be an issue for long exposures, therefore I decided to go with a series of 30 second exposures. I wanted to use the star tracker and try to get some stars in the shot even though it wasn’t dark enough to see them clearly with the naked eye. Aligning the star tracker was tricky as I couldn’t easily see Polaris in the sky, but I knew roughly where it was and set up the tracker as best I could. Bang on cue, the ISS arrived. It looked fairly bright to the naked eye and was very low in the sky. In fact, the low trajectory through the sky was a bonus as it allowed me to compose a shot over the water keeping the ISS trail in shot at a good height. 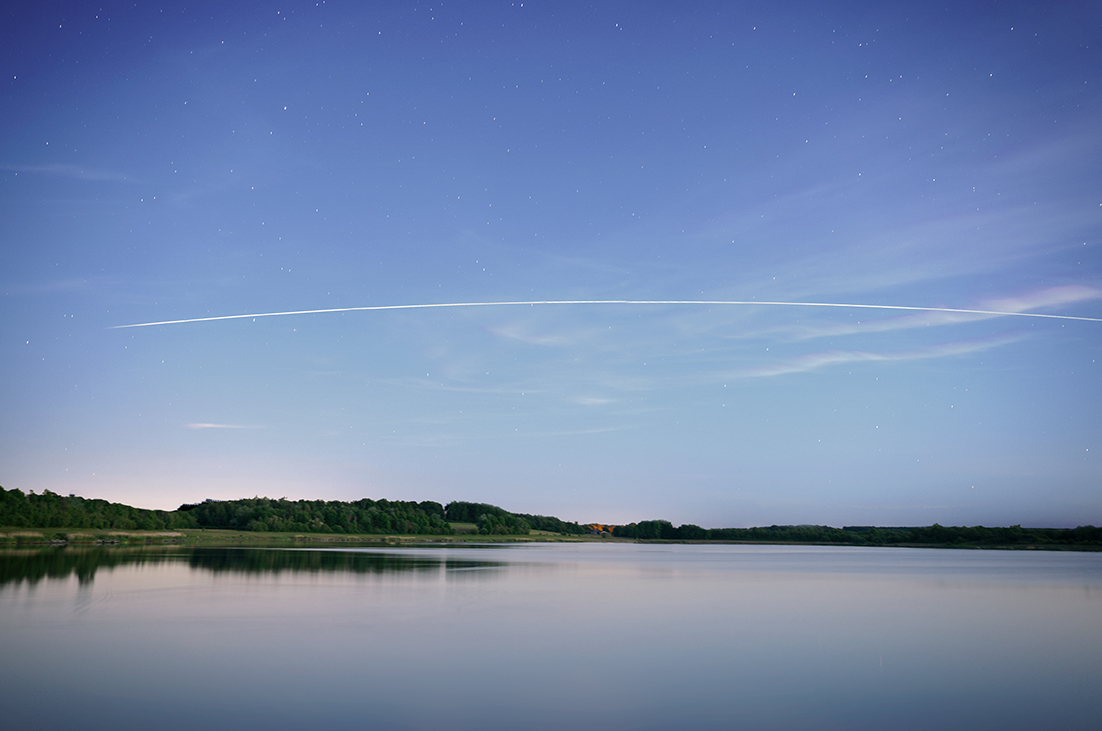 The Sun’s glow to the West had almost completely dissipated and the stars were becoming more visible. The evening was a half moon, which was shining brightly down on to the water.

With the night becoming darker, Polaris was now clearly visible so I was able to get much more accurate alignment on the star tracker. My idea was to take multiple long exposure shots of the same part of the sky. Long exposures without a tracker produce star trails but when with the tracker you can capture stars that appear completely round with no trailing at all. 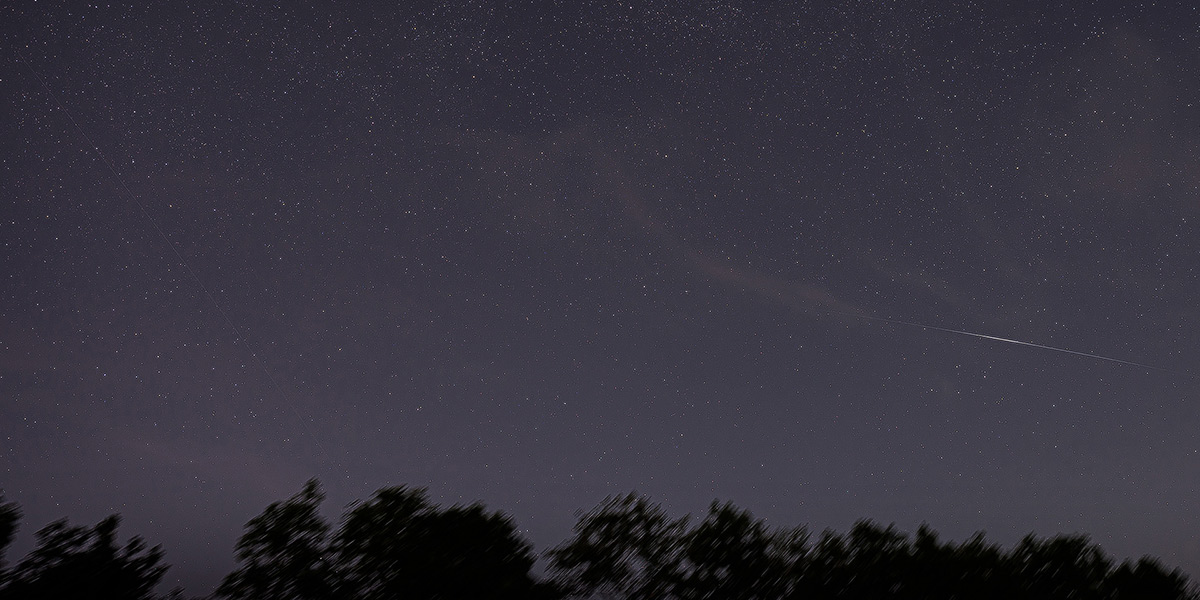 I’m shooting with a Nikon Z6 mirrorless camera and a useful feature is the ability to connect and control the camera using your phone. The phone can be used as a remote trigger to prevent camera shake and once the camera is set up, you can just sit back and enjoy the view. I set the camera on bulb mode. One tap of the phone to start the exposure and a second tap to end it. In total I took 10 shots of around 2 minute exposure time with the aim of stacking the images in Photoshop afterwards. 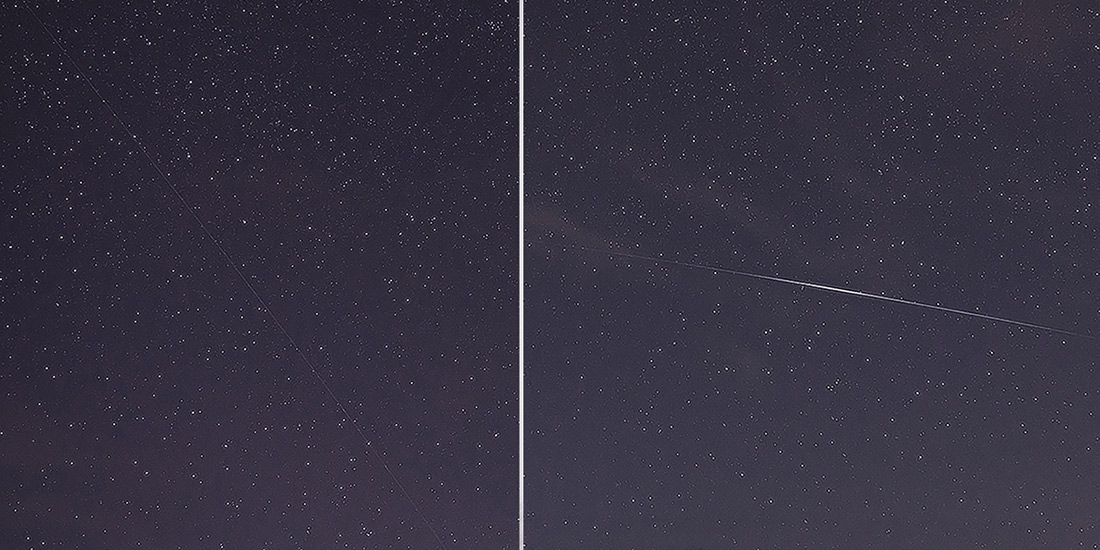 I was happy with the end result as the stars came out sharp and round. When you consider that the naked eye could only make out a handful of stars it’s phenomenal to see the thousands of stars the camera picked up. The multiple exposures worked well in reducing noise and adding detail to the final image and I got a couple of satellites in there for good measure. 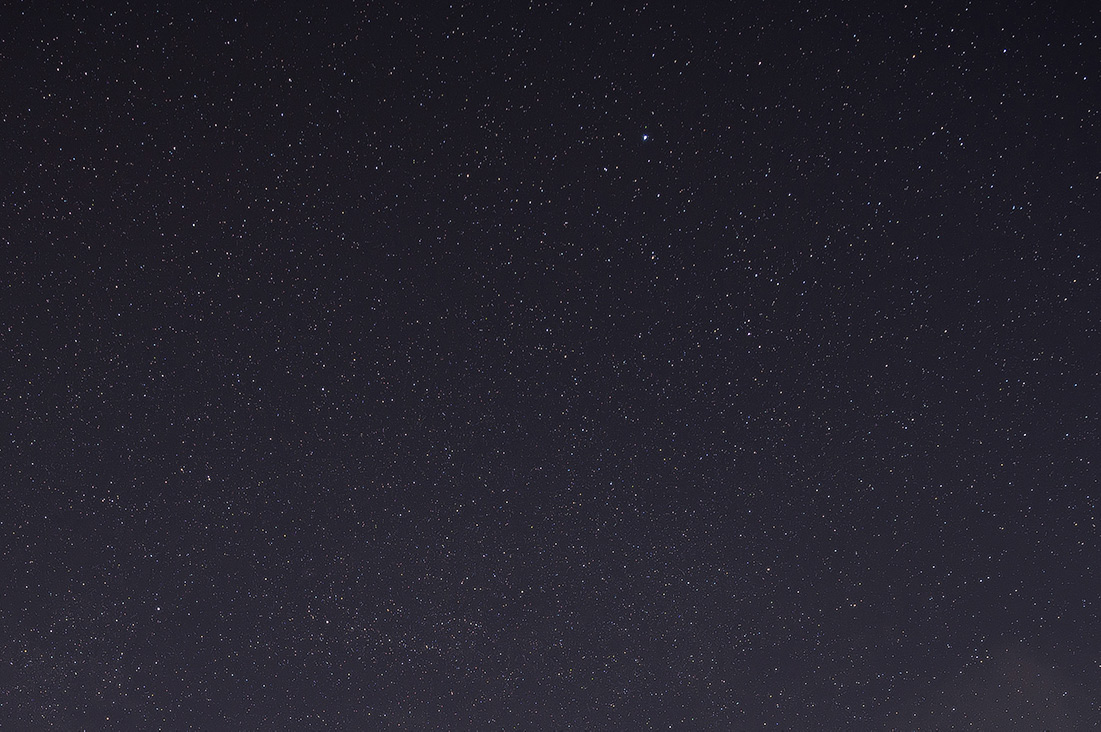 I’ll be returning to this spot again in June for the new moon when hopefully it will be a lot darker and it will be interesting to see if that makes any difference to what I can capture. 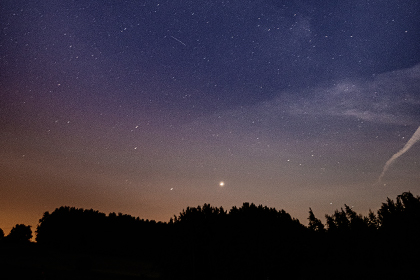