Home Blog Could I capture the Milky Way?

First, I sat with a beer and waited for the sun to set. At this time of year it seems to take forever! The crescent moon was quite bright in the sky but was getting lower and would be below the horizon not long after midnight. The period of twilight between the sun setting and it becoming fully dark is an ideal time for star trails. You have plenty of light and colour to provide a foreground interest but the sky is dark enough to capture some stars. 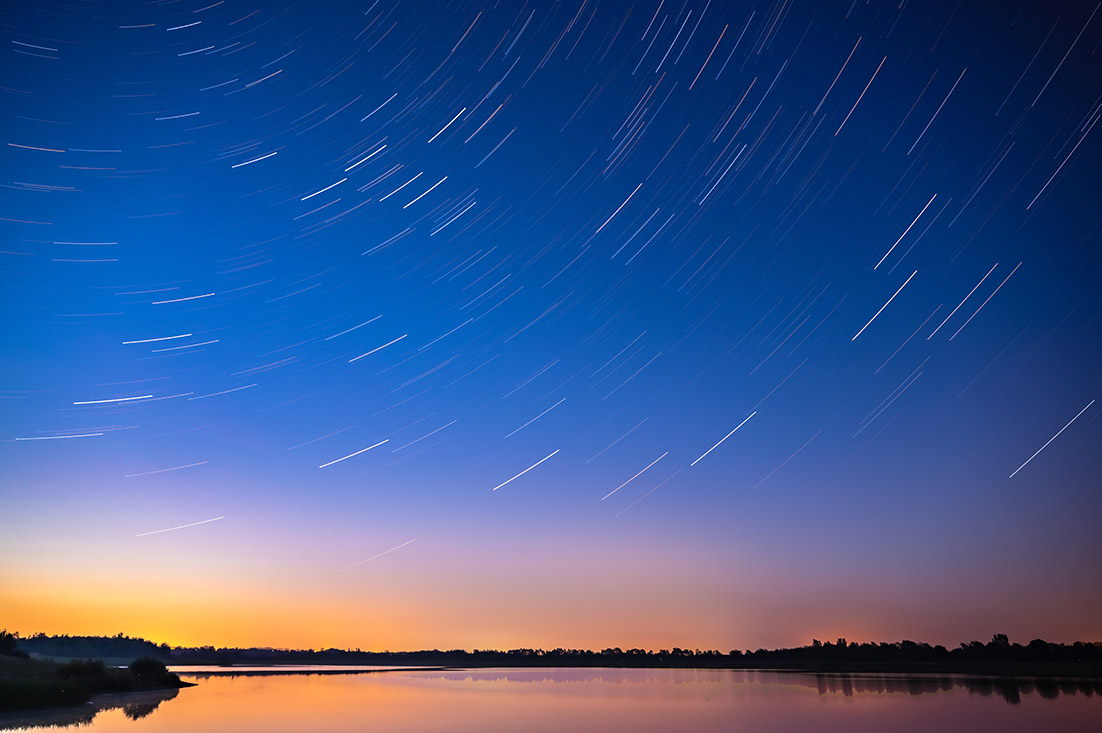 As the moon set and the light faded to black, Jupiter and Saturn appeared brightly near the horizon to the south.

Using the Samyang 85mm and stacking several long exposures, I was able to make out the moons around Jupiter. 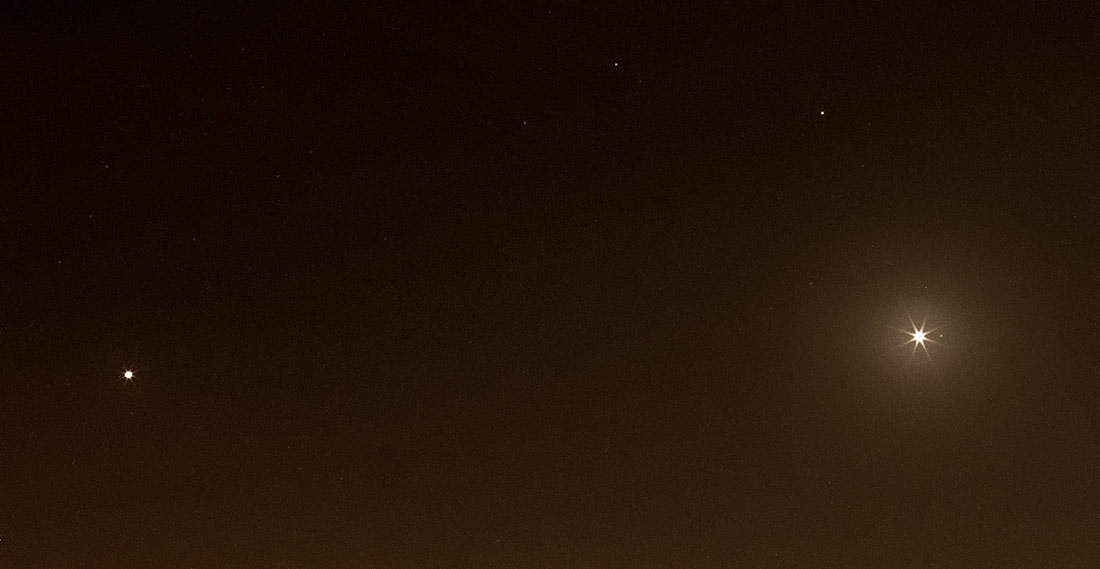 Although Anglers is a dark location, it still isn't remote enough to escape light pollution. The distant cities creep into shots from the bottom. I knew the Milky Way would be in the same direction as Jupiter but had no chance seeing it with the naked eye. As I edited the previous shot in Lightroom, I could just about pull out what I thought was the Milky Way but I couldn't be sure. 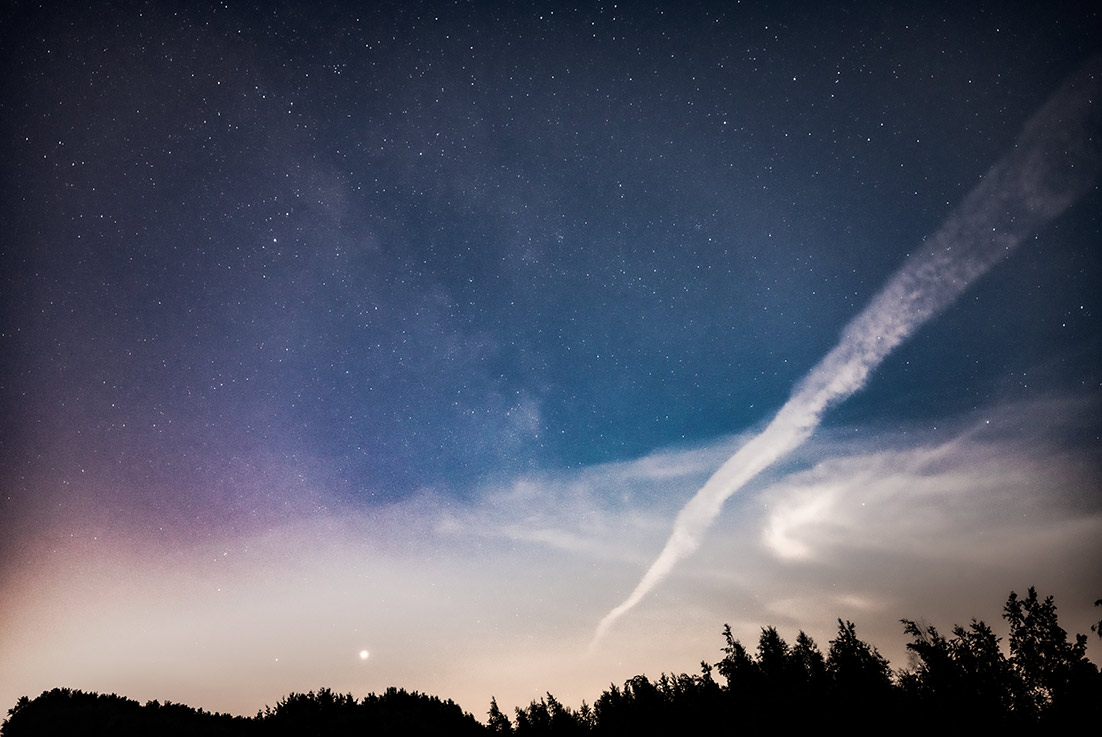 I had another go. This time I went for a portait shot at 28mm, ISO 3200, 10 seconds and f/2.8. Here I show the original image on the left and the shot on the right definitely has some details of the Milky Way coming through. 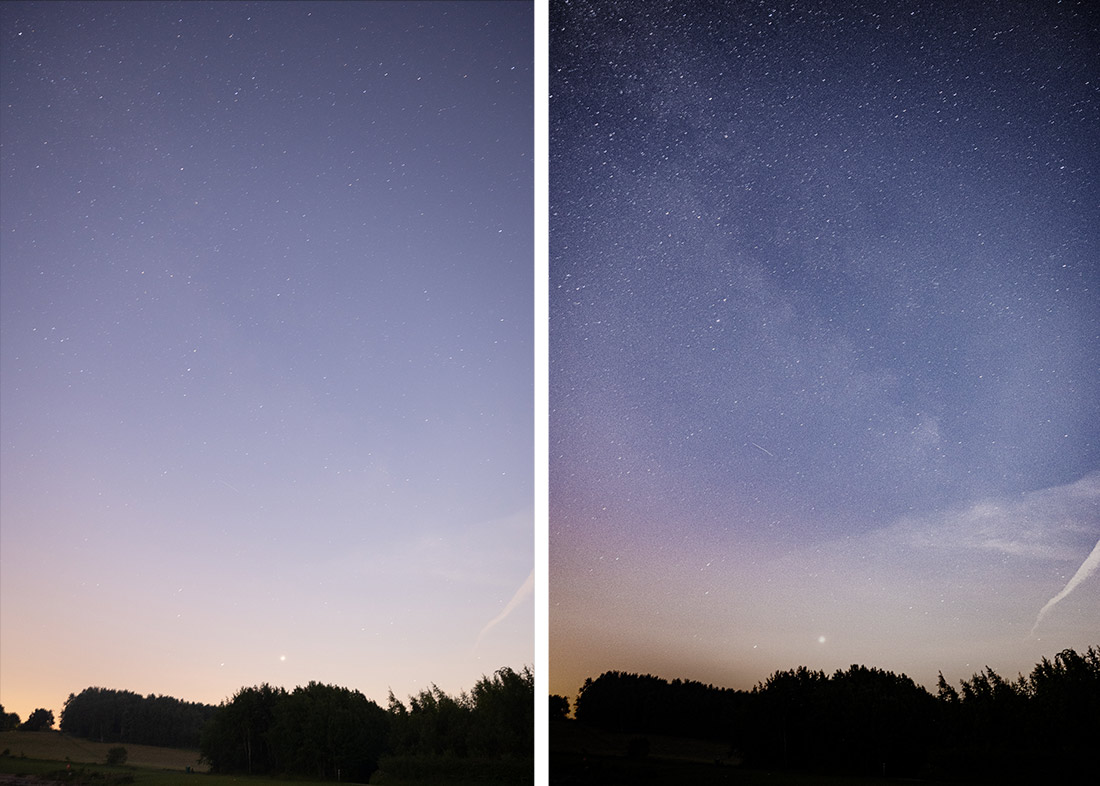 My final shot of the Milky Way wasn't the greatest quality but I've proven you can capture it from this location. Next time, I'll return and go for multiple exposures with the same settings. This should give a much cleaner image and hopefully will allow me to bring out more detail in the Milky Way.

I decided to revisit some of the images from this outing. Here I cropped right in on the two planets and was able to extract some detail. Possibly the rings of Saturn and a moon of Jupiter?

I had taken 10 exposures at 30 seconds ISO3200 85mm on the star tracker pointing at Altair. When stacked in Photoshop I was able to extract a lot of detail and light. 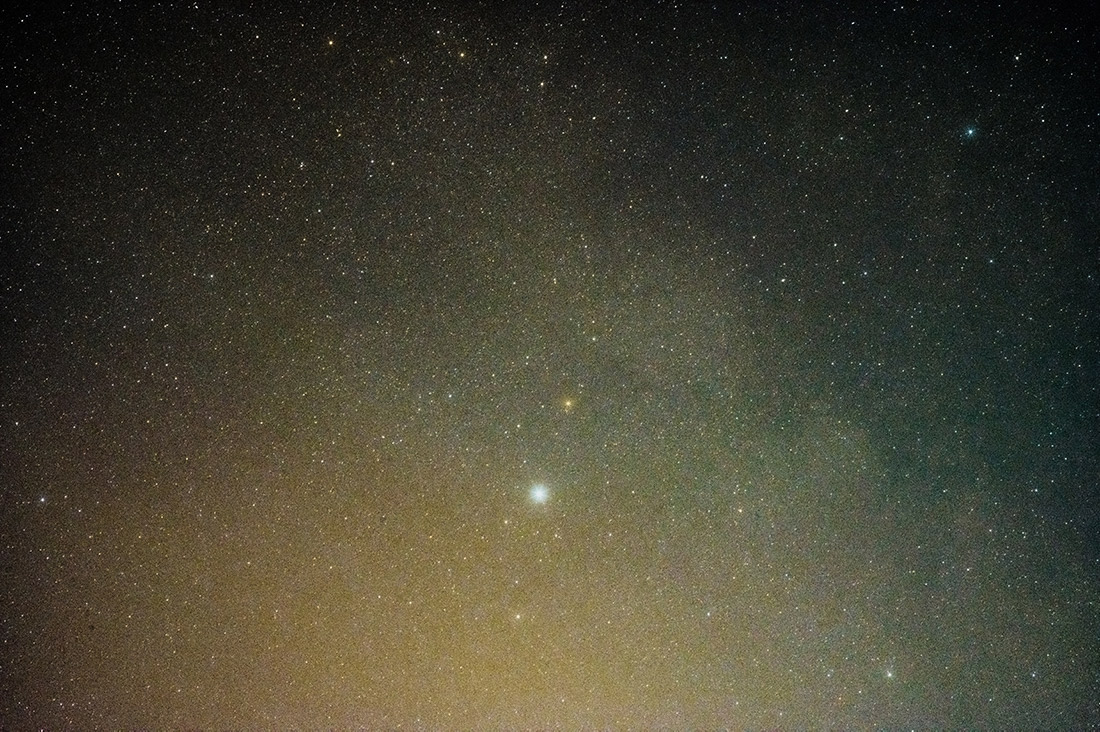 And if you're wondering where the light is coming from, here is an overlay on top of a wider shot from earlier in the blog. With this overlay I'm prety sure now that the light I've captured is from the Milky Way. 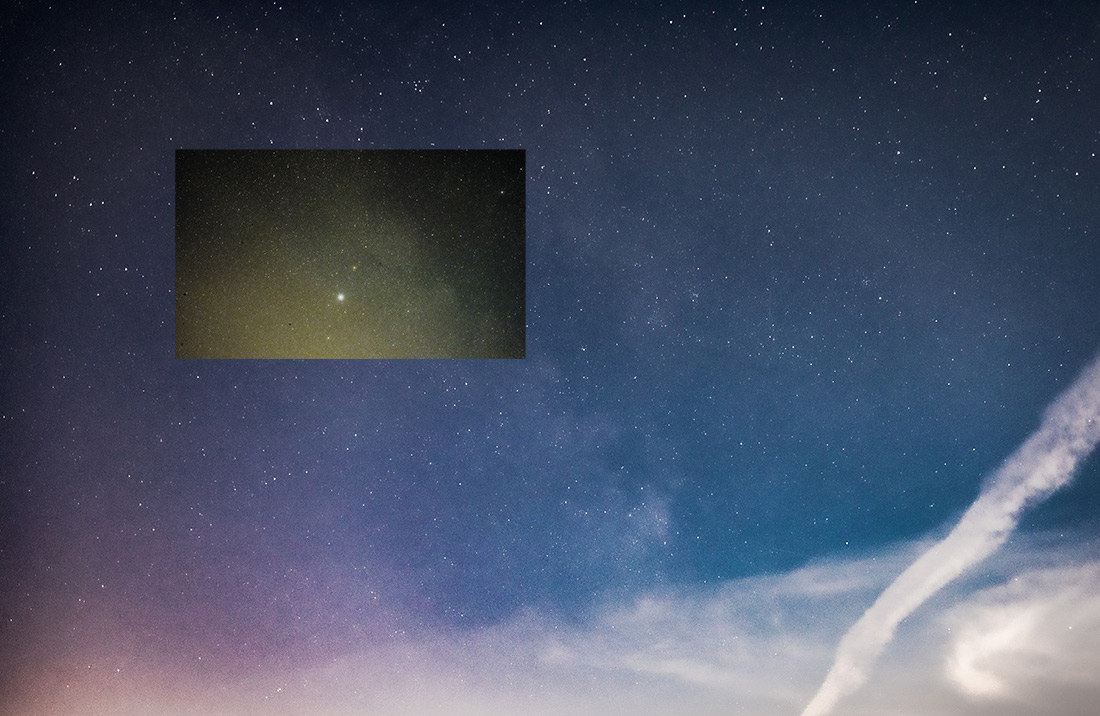