I returned to Walton Colliery looking to get some close up shots of Dragonflies. They were out in numbers but catching up with them was another matter!

Dragonflies have to be one of my favourite things to photograph. They look spectacular in the air and when you are lucky enough to close to one you are rewarded with a vibrant display of colours as the sun glistens off their wings.

As the name suggests, the Common Darter is the most commonly found dragonfly at the Park. And dart around they do, coming quite close at times and landing only briefly, darting off again when you try to get near. 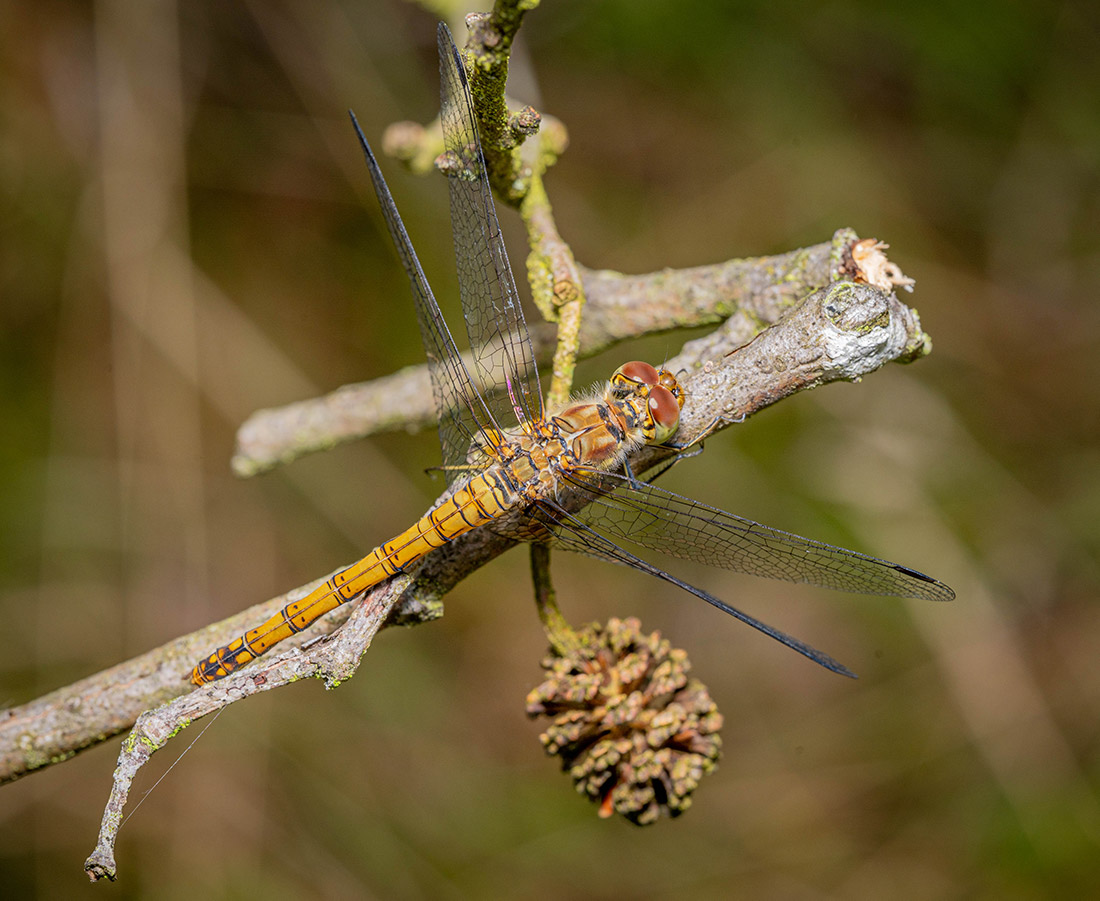 I try and track them in flight, watching for where they land. Occasionally, one will land for long enough that you can get close and for the image below I was able to get really close! The detail in the eyes and 'claws' are stunning and this shot seems to reveal the remains of dinner littered on the branch beneath. 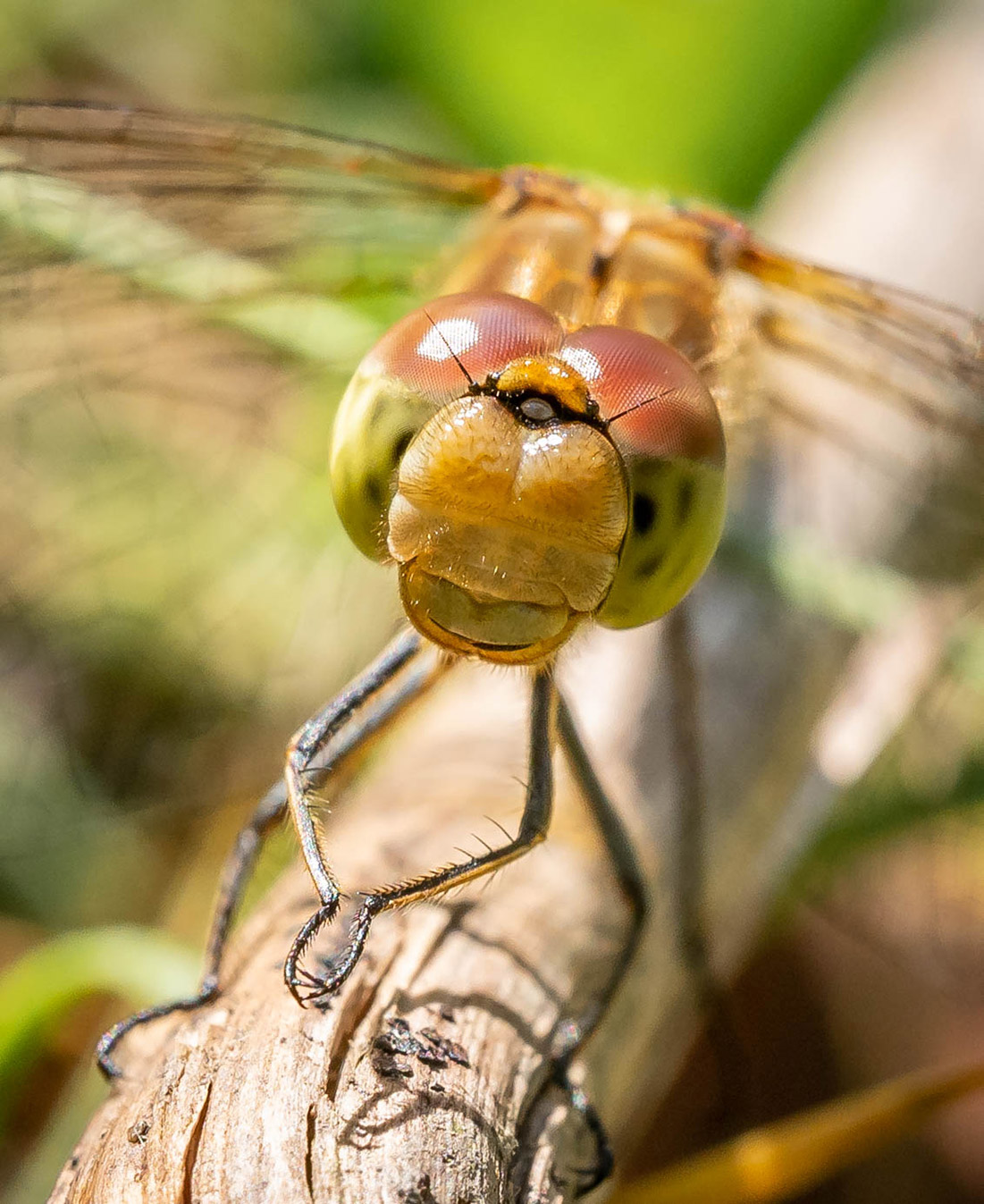 I have a favourite spot in the park for photographing the dragonflies, a quiet and secluded location that not many people visit. Here, the dragonflies will often come to you. As I waited for one to arrive I could hear wings buzzing above my head and turned round to capture this one perched on top of a young tree, only a few inches away. 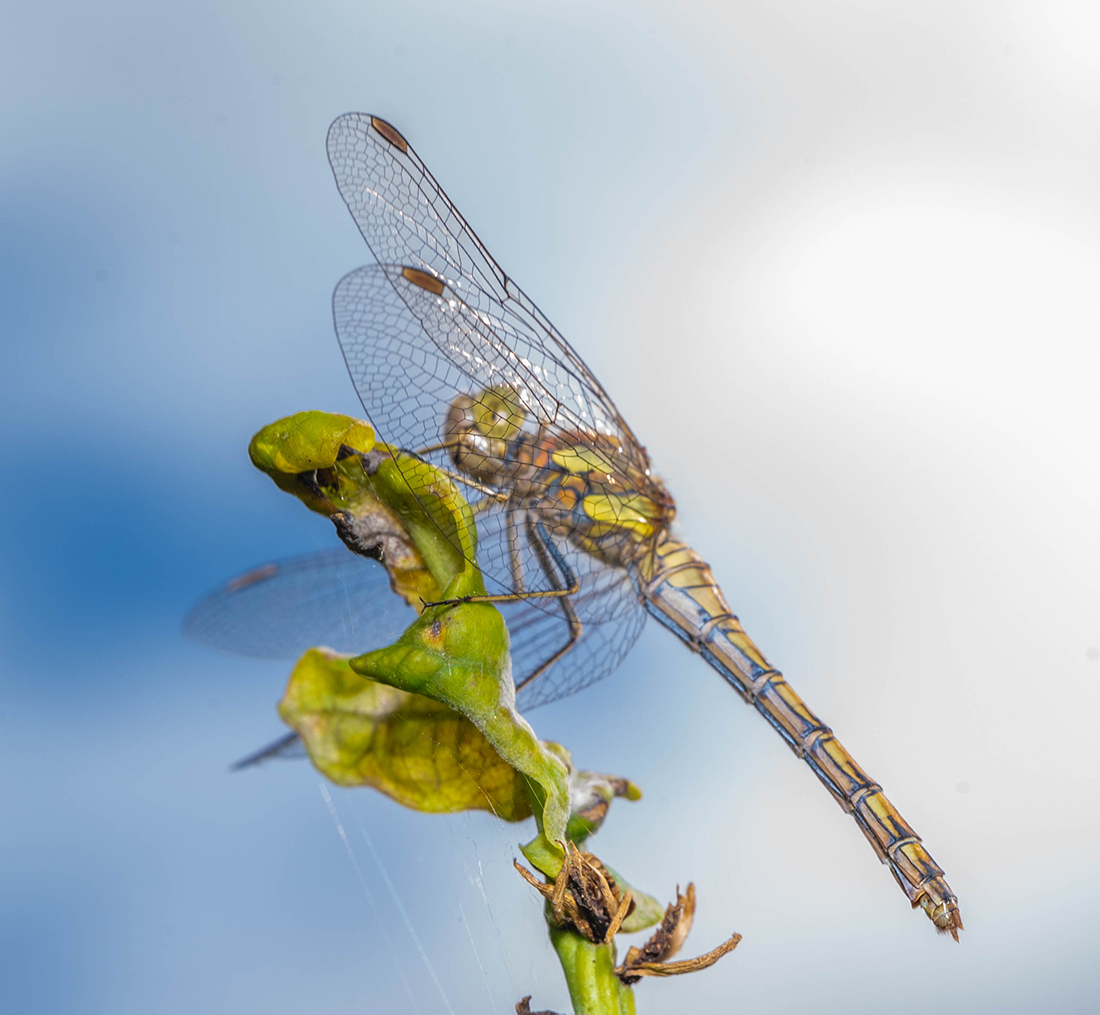 I came round for a front-on shot with to get the sun glistening through the wings and to reveal all the details in the wings and face. 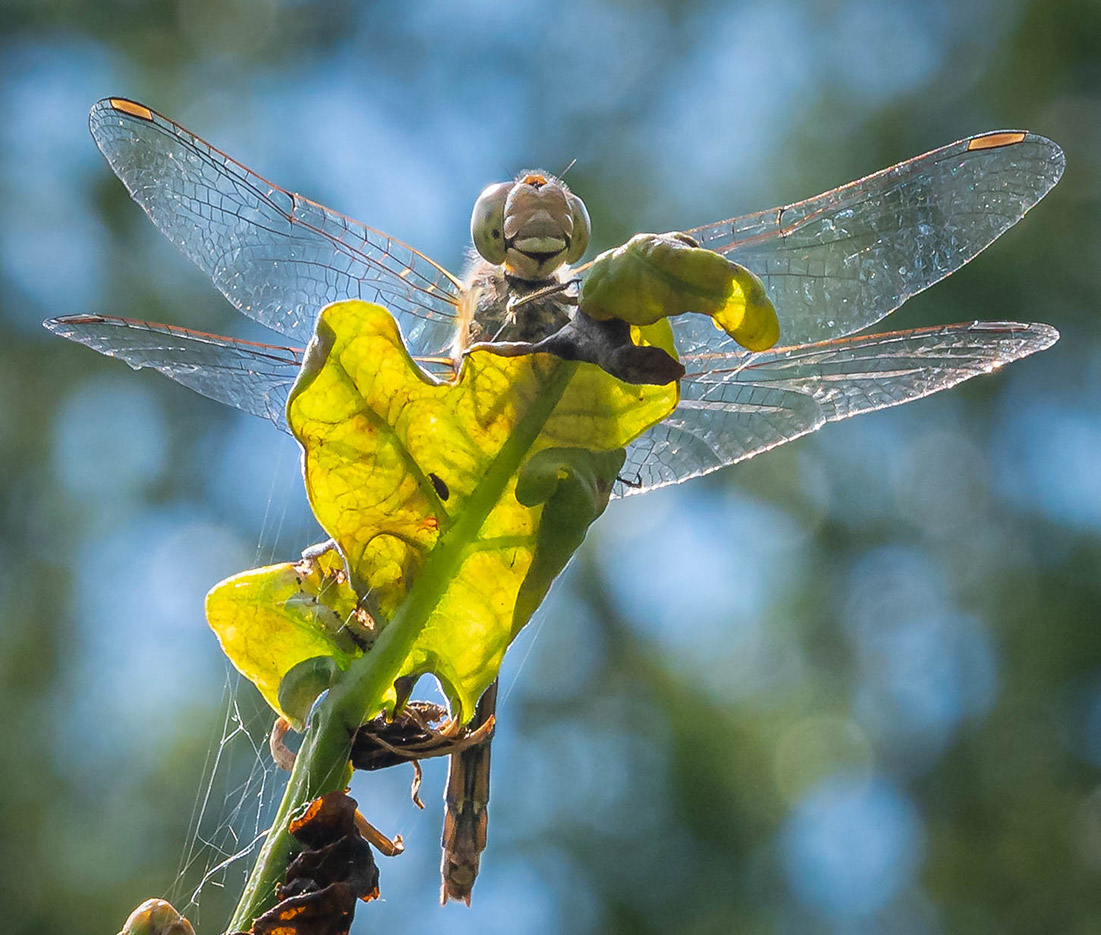 The Male Migrant Hawker (I think this is what it is) is much rarer and I've only seen a couple so far. In both cases they were roosting in a tree and I was able to quietly approach and get some decent shots. 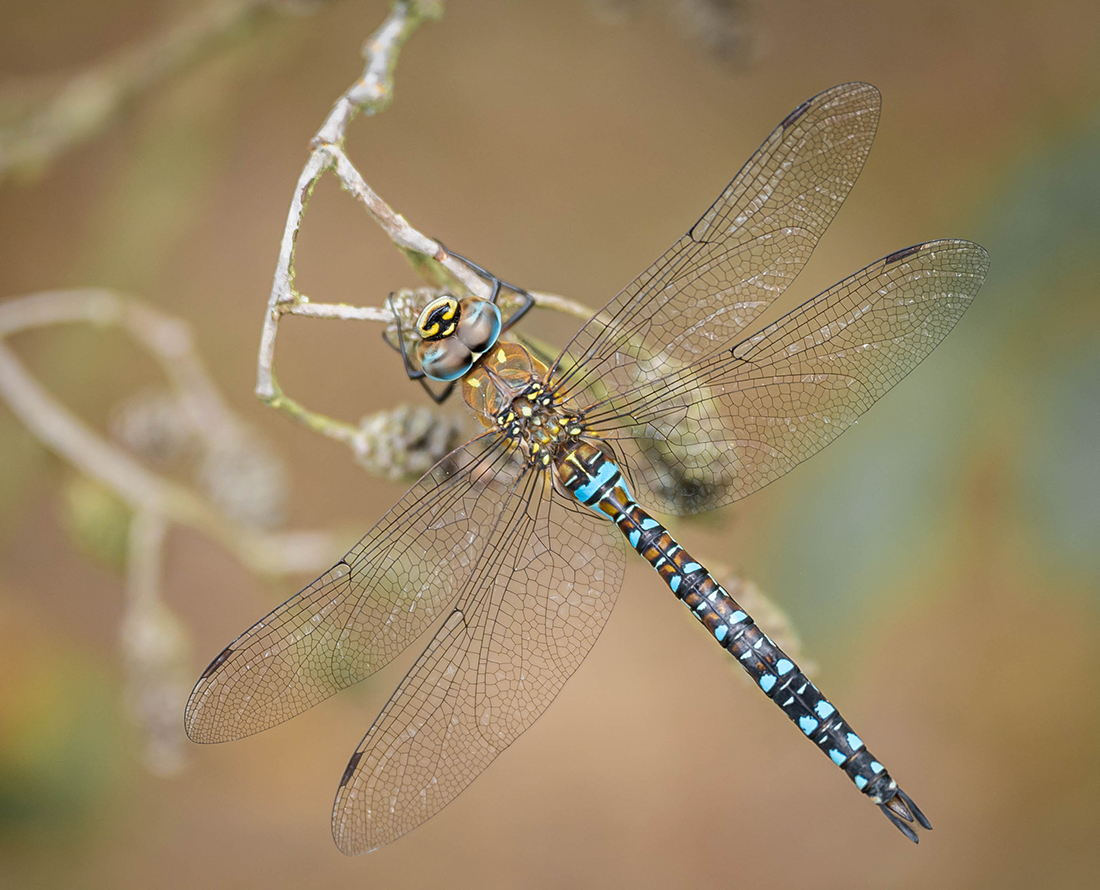 The colours in this dragonfly are amazing and it's fairly large. I attempted to capture it from a few different angles. 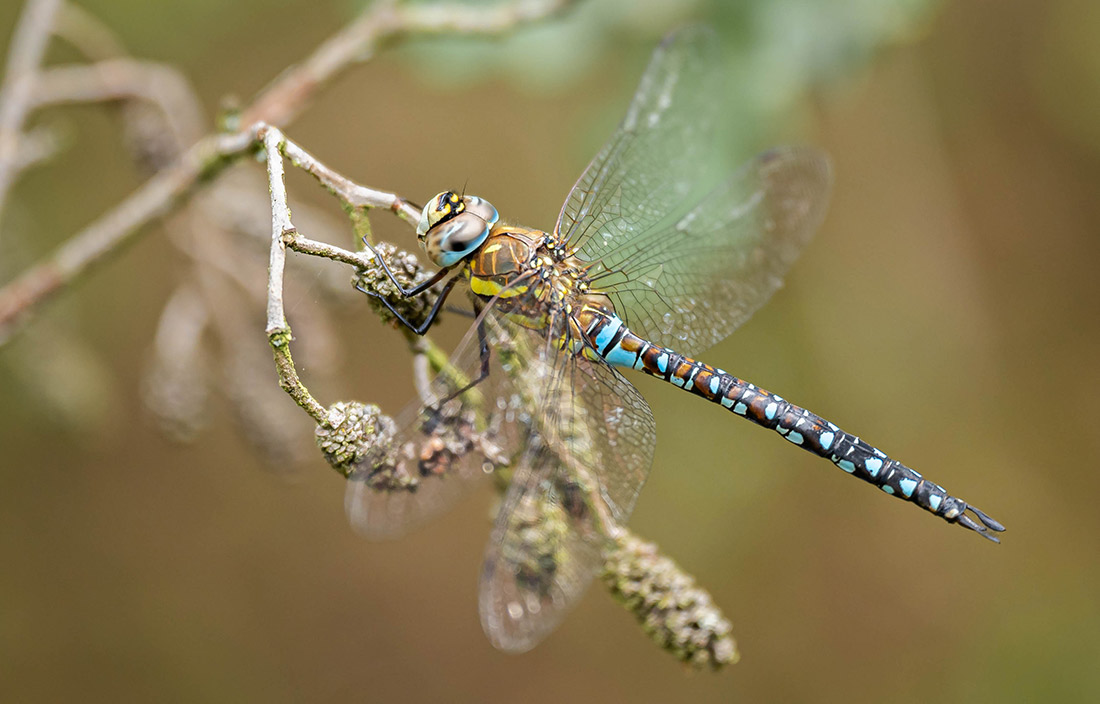 Slowly, I moved in closer and closer. I didn't want to move in too close too early and not get any shots at all but this one was either a willing subject or just asleep. 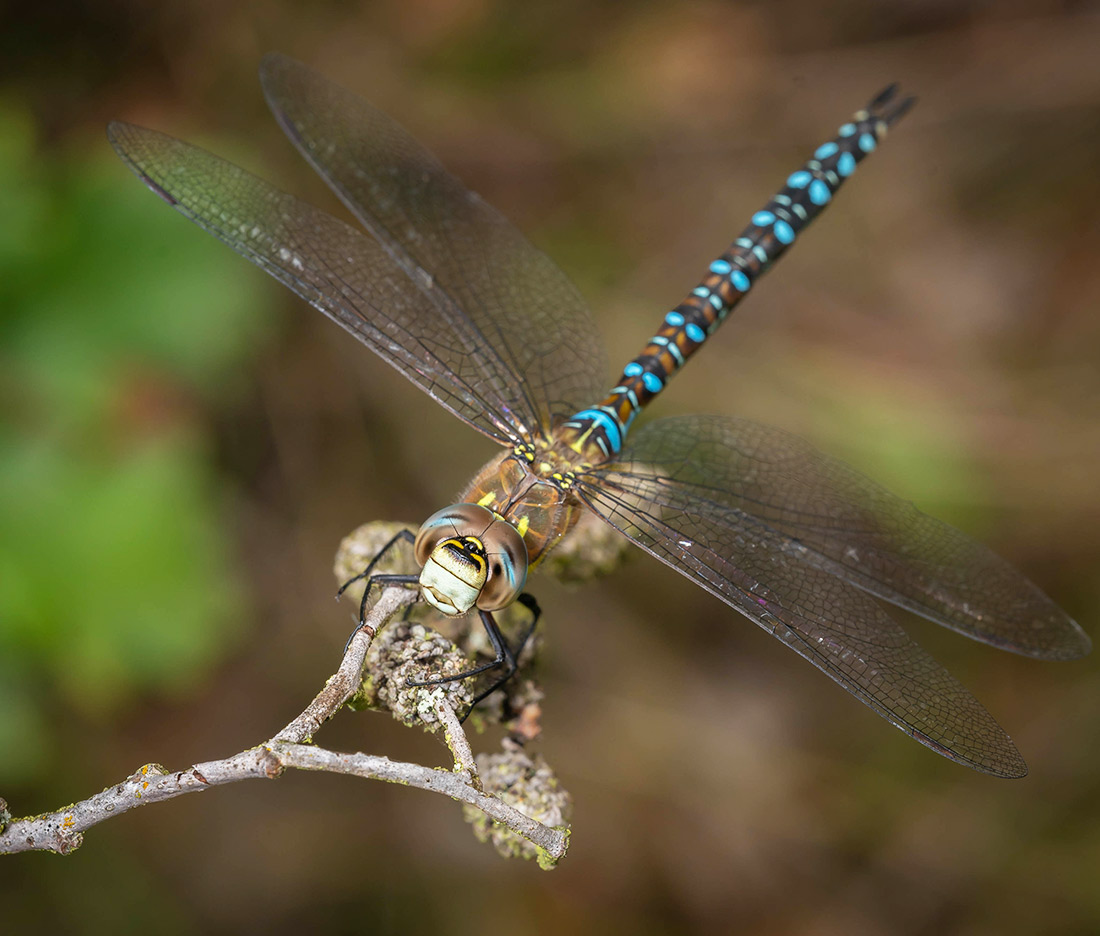 Here, I'm only a few inches away and the Laowa 100mm 2x macro lens starts to come into it's own, capturing incredible detail that looks even better in the high-resolultion version of this image. 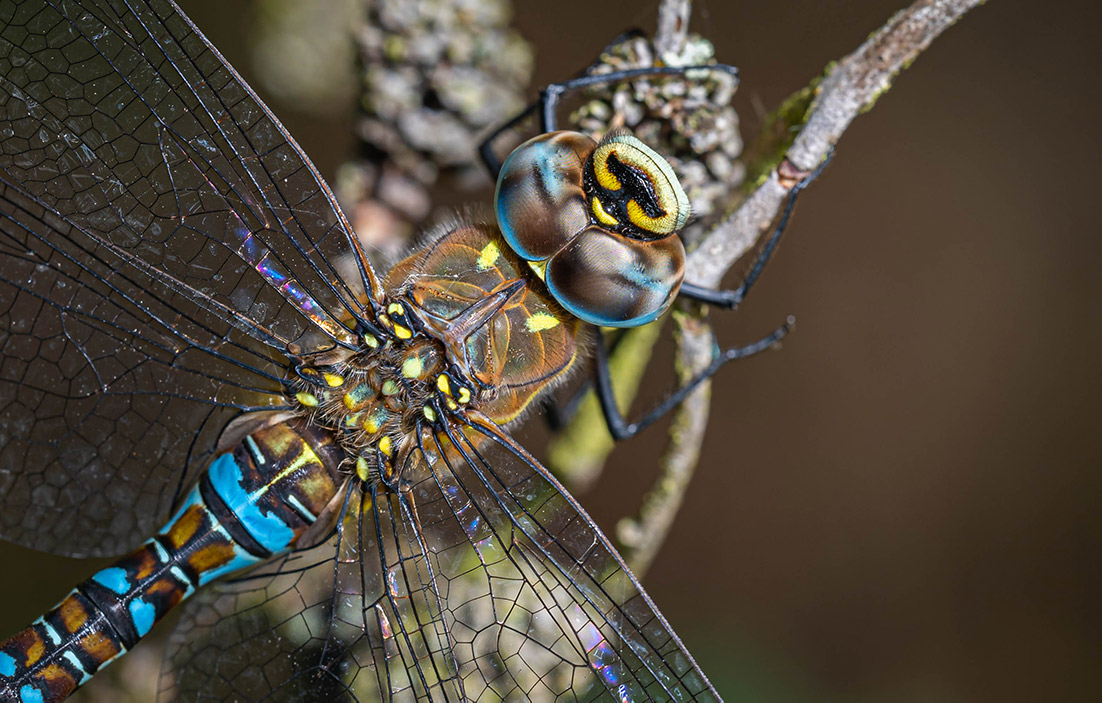 Another close up shot. This is a single shot with no stacking but very happy how sharp most of the subject is nevertheless. 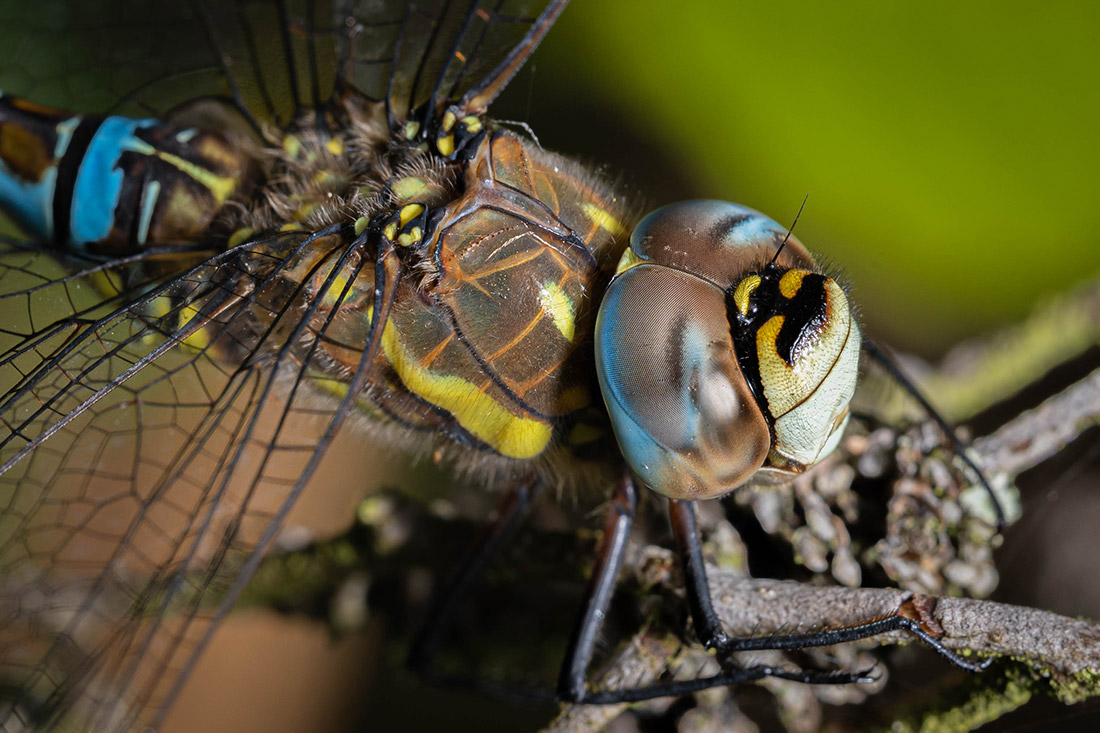 This one is a stack of 6 images at maximum zoom and you start to get a feel for the different textures in the eyes and mouth. 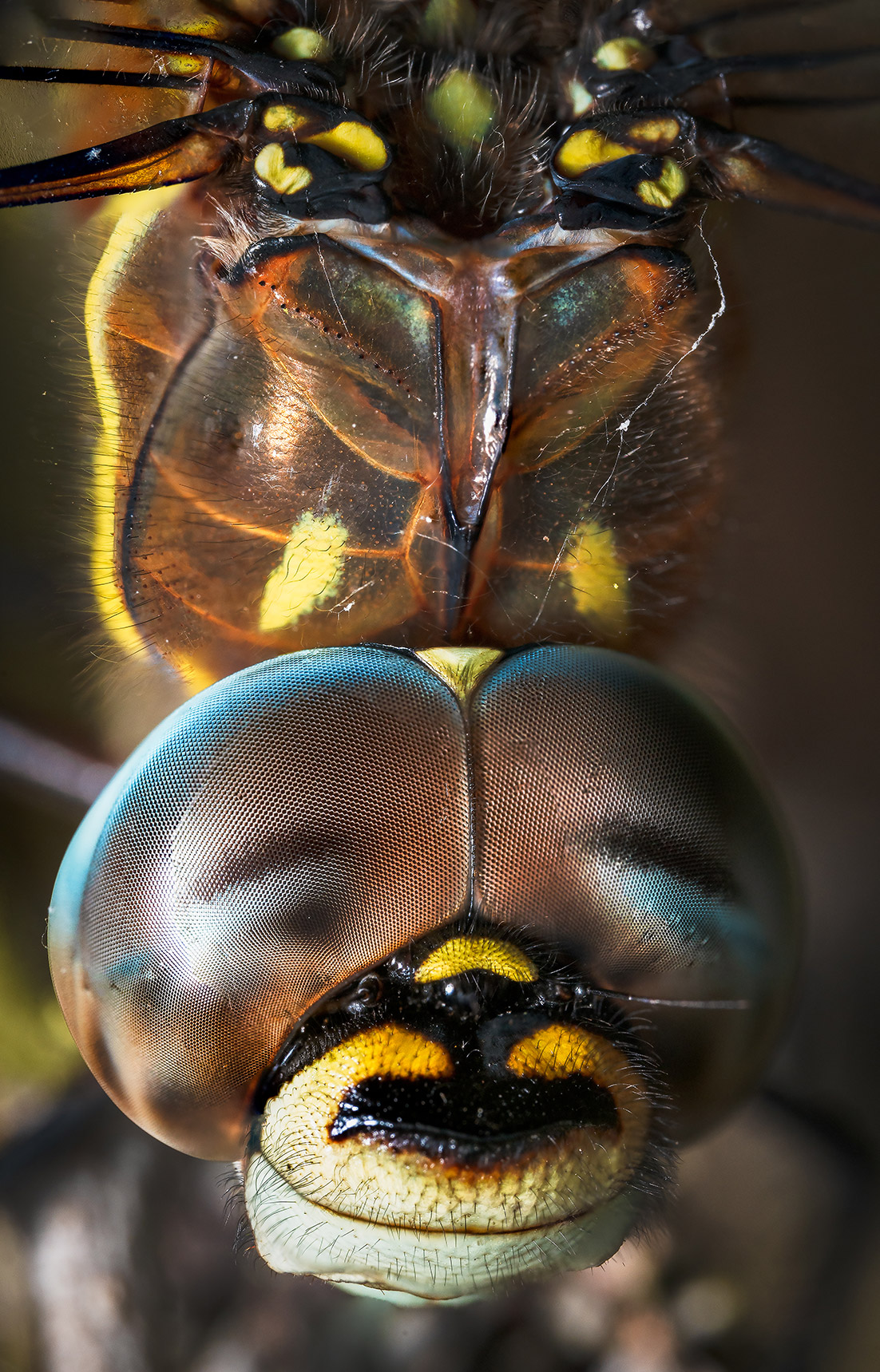 Great to see so many dragonflies out and to be able to catch up with a few of them. I'm hoping to spot a few more varieties before winter comes and a longer term ambition is to start photographing them in flight. For now, photographing them when not moving is proving difficult enough! 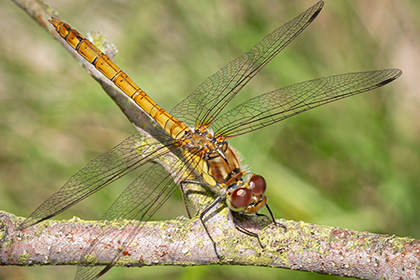 I spent the afternoon wandering around the mazey paths and trails at Walton Colliery. Bees and butterflies were out in large numbers but what else would be lurking around the lakes, ponds, woodlands and grasslands on offer?