May has been a great month for night time sky watching. In fact, May has been the sunniest month on record with clear skies and warm evenings giving me the perfect opportunity to try out something new - astrophotography.

The nationwide lockdown, coupled with Elon Musk sending batches of SpaceX satellites into orbit, has seen a surge of interest in the night skies. My interest was piqued when I first captured a satellite passing overhead with a long exposue. The trail it left through the image was interesting if not exciting pictorially. But that got me thinking, maybe I should try capturing star trails... 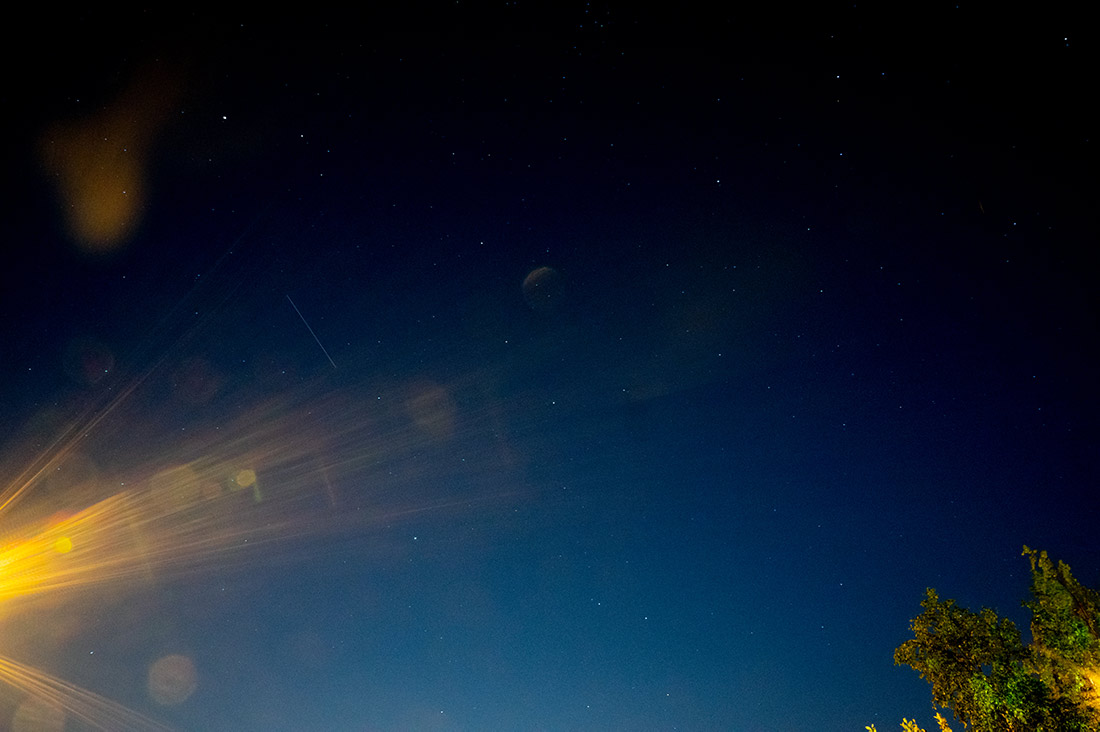 Star trails can be photographed by using extremely long exposures on the night sky. The Earth's rotation causes the stars to appear to move in the sky. When using a long exposure this movement is recorded in the form of a star trail. However, the movement is extremely slow and to acheive long enough star trails to be effective you need would need to be using an exposure of an hour or more. This is a problem when shooting from the bottom of your garden, surrounded by street lights and houses all polluting the sky with their light because an hour exposure would capture most of that light.

The solution is to take a series of shorter exposures and stitch them together using software afterwards. After taking a few test shots I decided that 30 seconds would capture just the right amount of light from the stars without becoming washed out by the pollution.

I needed to think about composition because the direction in which you point your camera drastically changes the effect you get from the star trails. For my first shot I used the house for some foregound interest whilst keeping Polaris (The North Star or Pole Star) in shot on the top third. The final image shows that Polaris is fairly constant in the sky with the other stars appearing to circle around it. 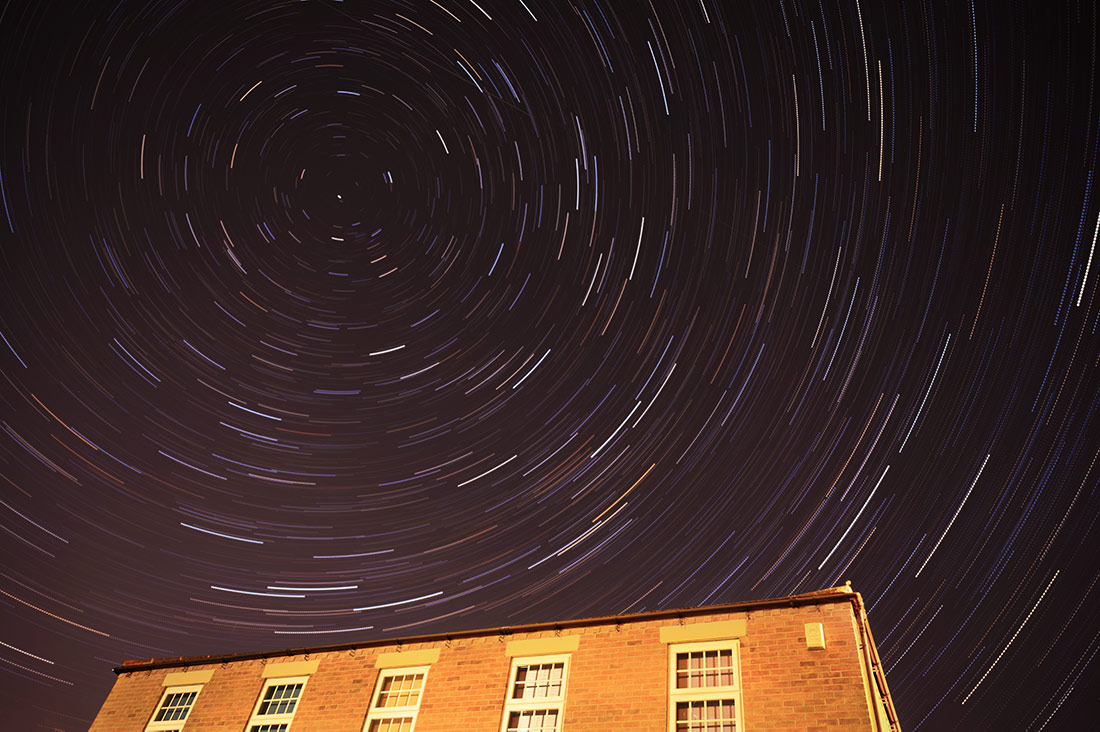 For second attempt I pointed the camera South West. The Internation Space Station was due to pass almost directly overhead an I hoped to get a star trails and the IIS. Light was going to be an even bigger problem this time as I would be shooting through street lights and over the city. I decided to embrace them rather than battle against them so moved to a more elevated position. I think the end result is pretty good. The space station sits perfectly in the centre of the shot and you can even see Emley Moor mast on the horizon. 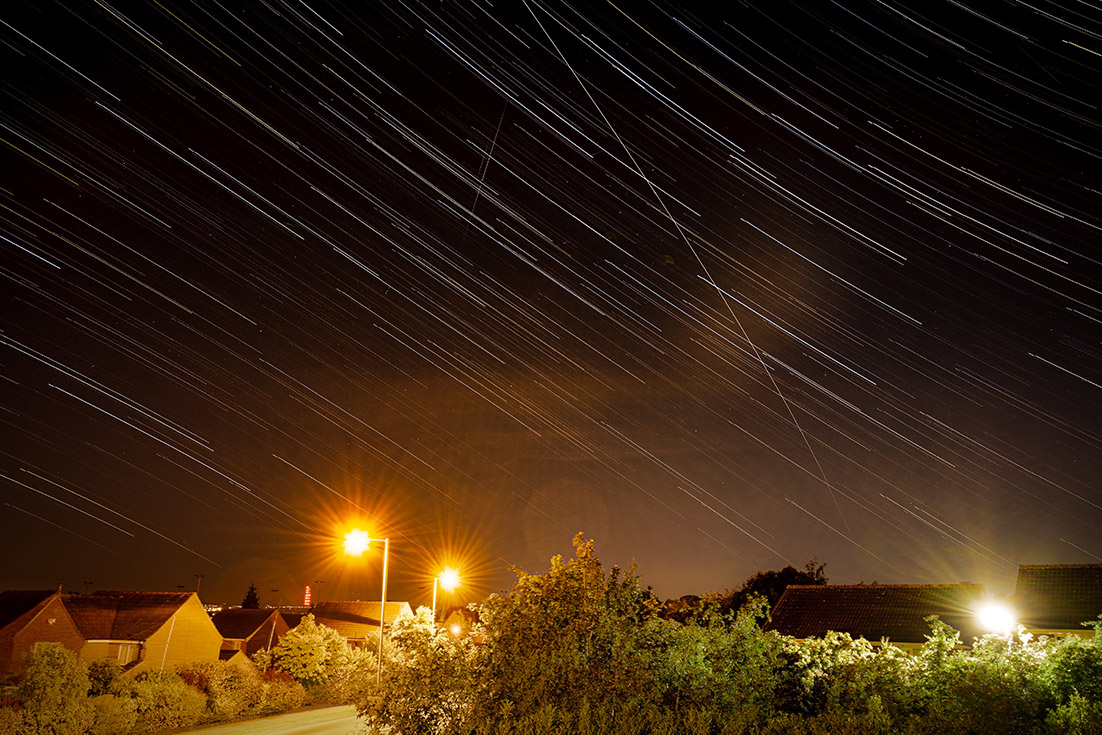 I was genuinely happy with my first attempt at star trails and I can see pleny of milage with this new hobby.