I spent the afternoon wandering around the mazey paths and trails at Walton Colliery. Bees and butterflies were out in large numbers but what else would be lurking around the lakes, ponds, woodlands and grasslands on offer?

Walton Colliery Nature Park is a nature reserve near Wakefield that is situated on an old coal mine (Walton Colliery). Today the park features a network of paths leading you through well established grassland and woodland with lakes and ponds helping to attract a large variety of wildlife. I try to stick to the paths as much as possible to ensure the wildflower and large variety of wildlife don't get trodden but the paths weave through the park and allow you to get close to nature.

The butterflies were extremely active in the heat of the day. Occasionally one would land for long enough to get a shot. The Peackock butterflies seemed the most at ease with my camrea setup, which included the Loawa 100mm macro lens and a speedlight with diffuser on top. 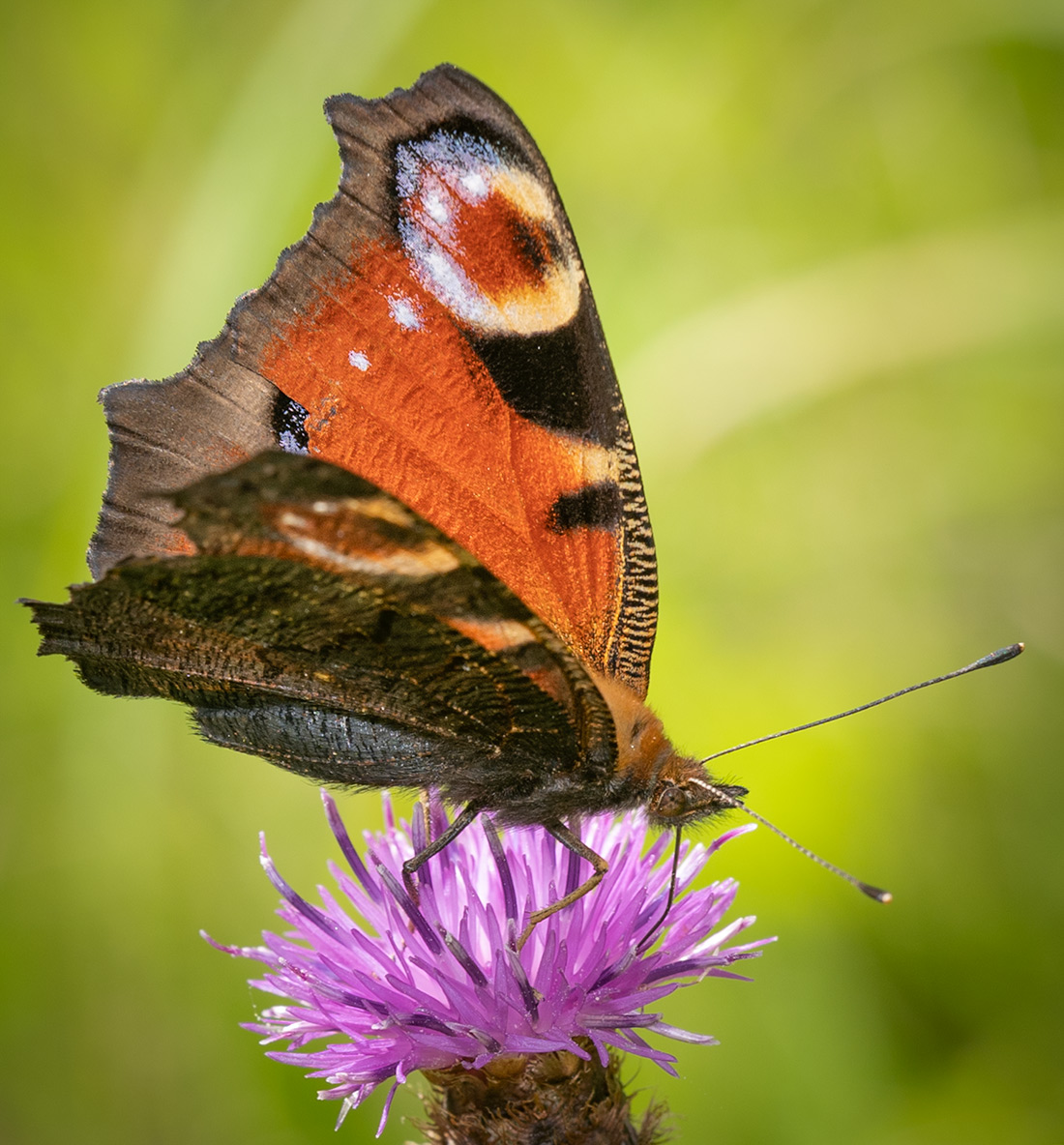 The Peacock butterfly is really easy to spot with large, colourful wings designed to confuse and deter predators. 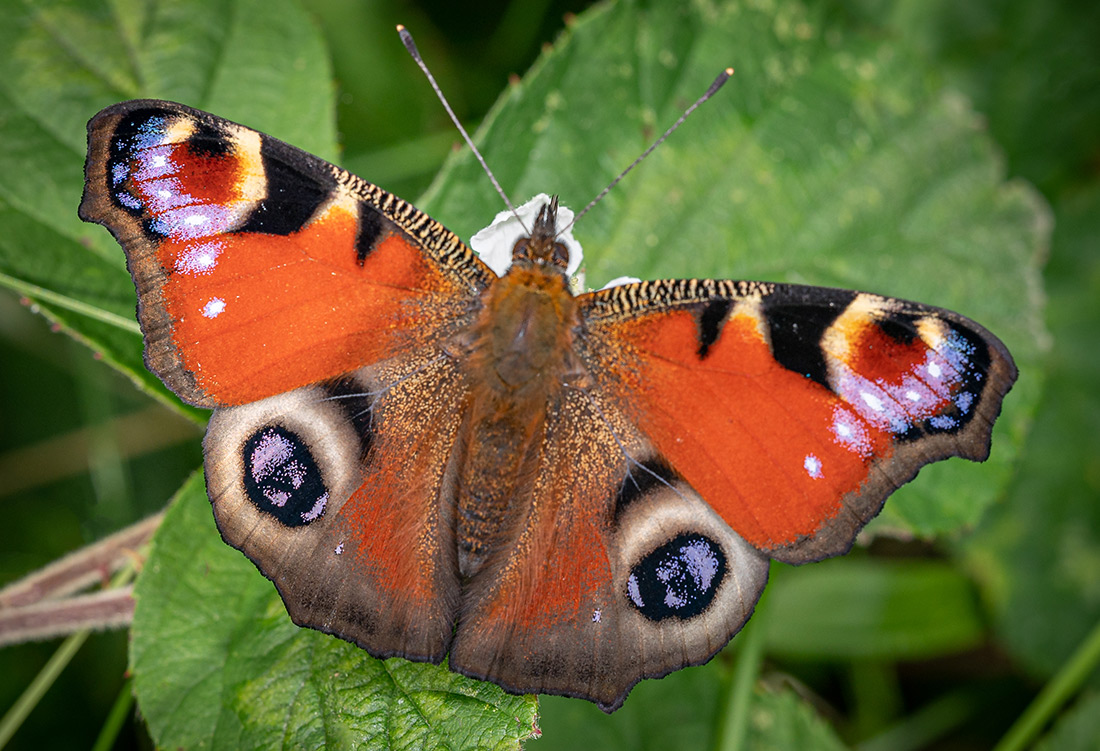 The Gatekeeper (or Hedge Borwn) butterfly is one of a number of varieties on display.

Below, this Burnet Moth with distinctive red spots was basking in the sunshine and enjoying a tasty snack. 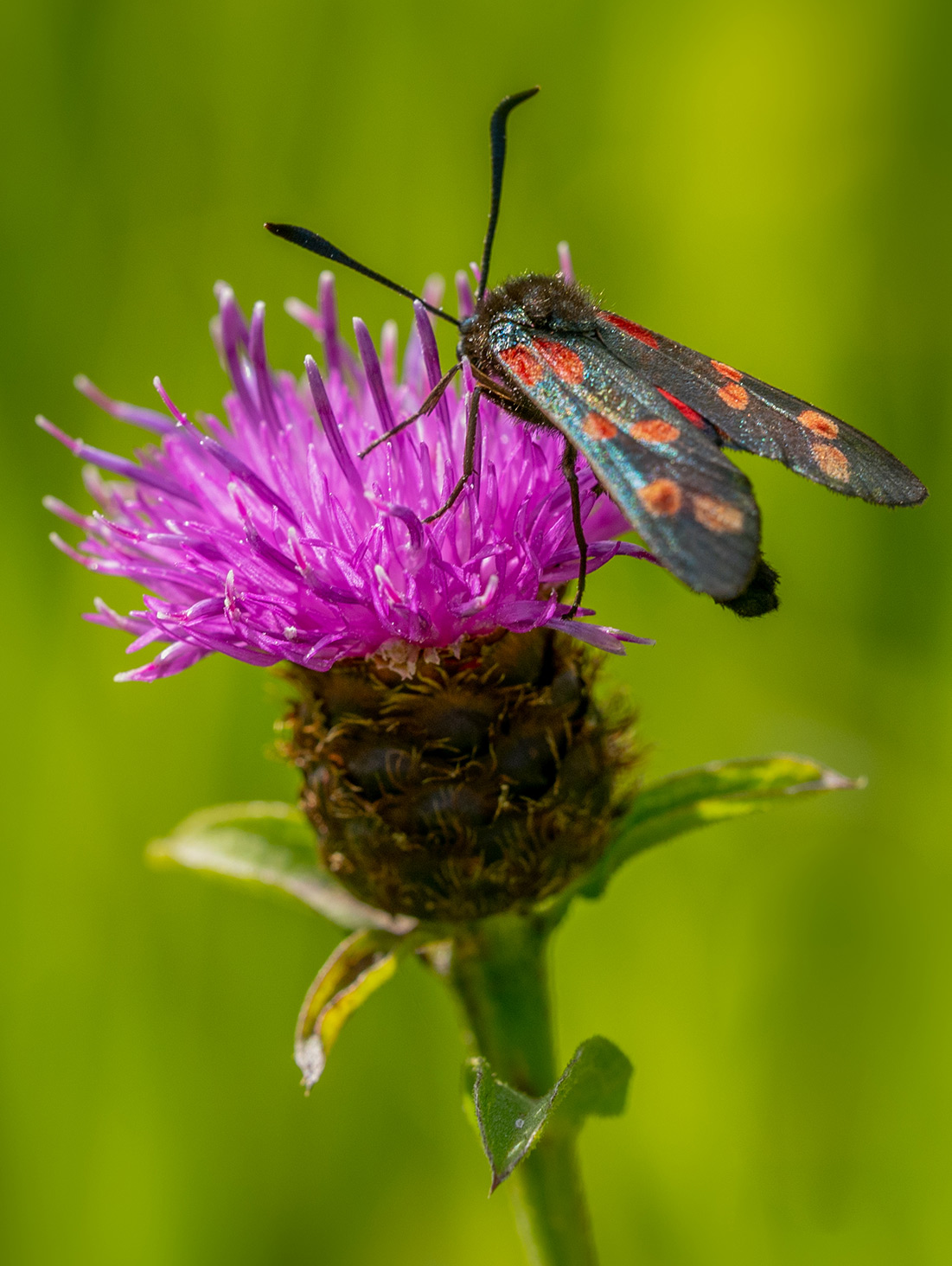 I saw dragon fly and damselfly but photographing them as they dart about is near impossible. You need to have a keen eye to spot them but if you keep watching, eventually one will land for long enough to get close and get a picture. 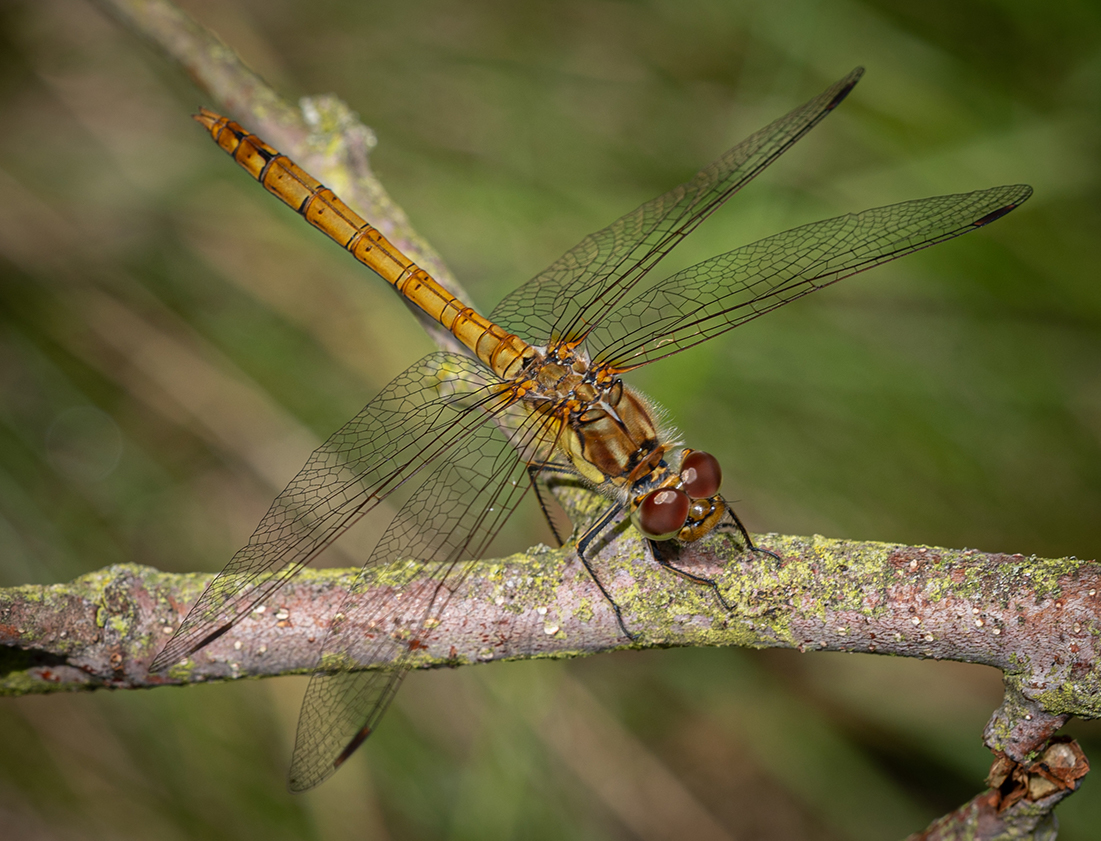 This one didn't seem to mind me coming in really close for a quick portrait.

Grasshoppers can be heard all around but they are very hard to spot. Even when I did spot one it would soon leap for cover before I could get anywhere near with the camera. Eventually, I did manage to get down and find one resting on some grass and quickly got the photo! 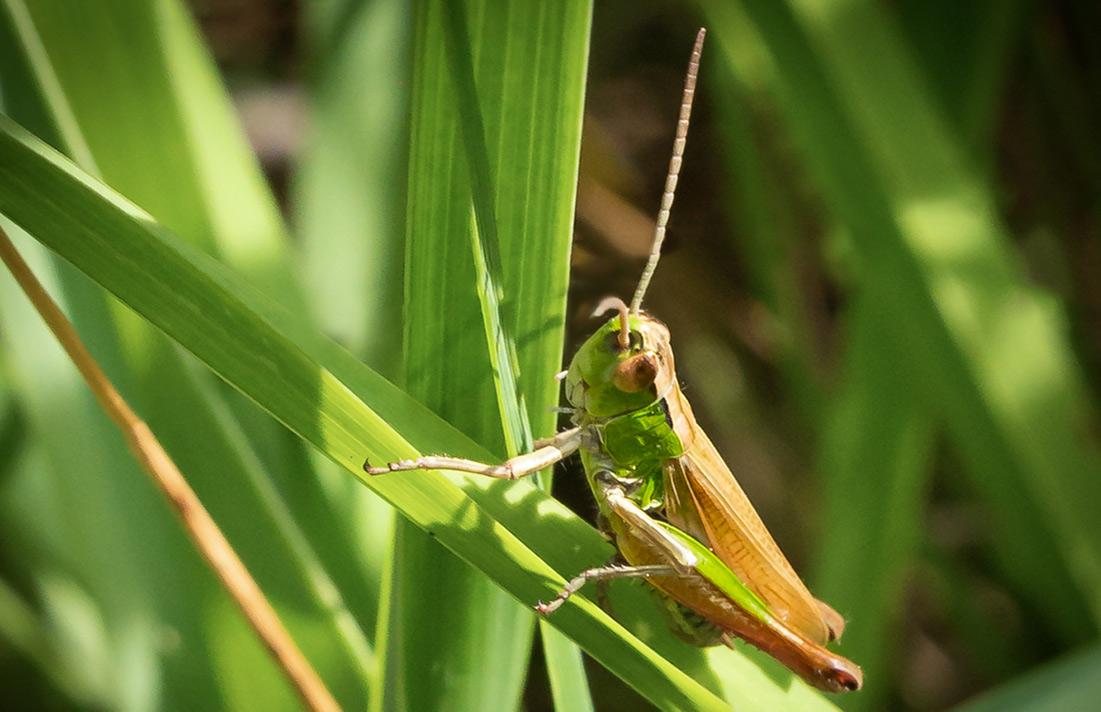 The Cinnabar caterpillar has distinctive black and yellow stripes and really stands out against this green background. This caterpillar will eventually become a Cinnabar moth. 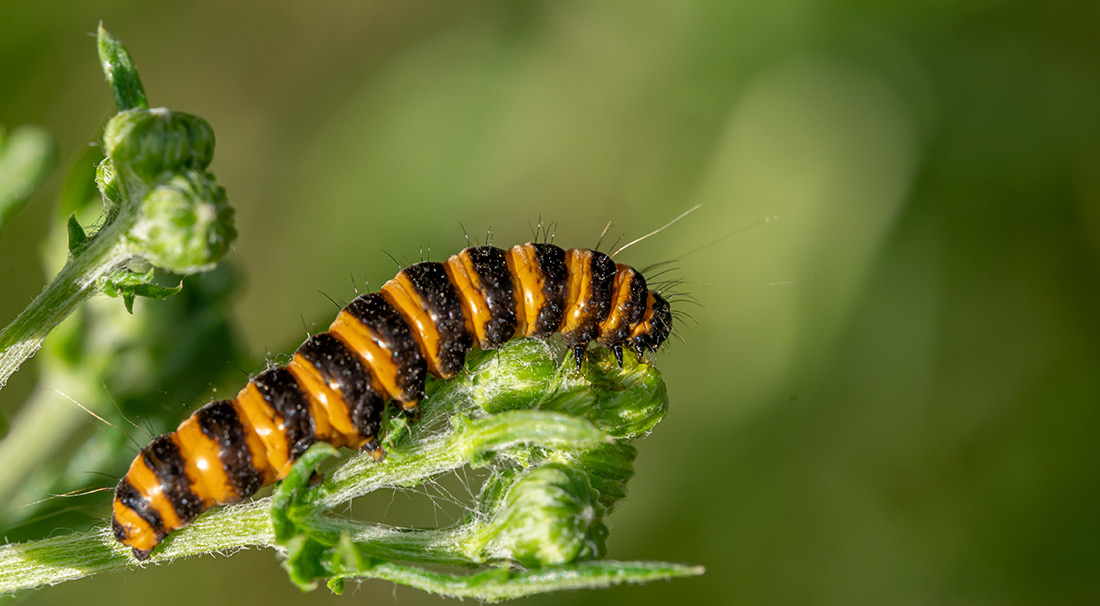 The Red Soldier Beetles were out in force again. This one sitting on top of some grass really stood out. 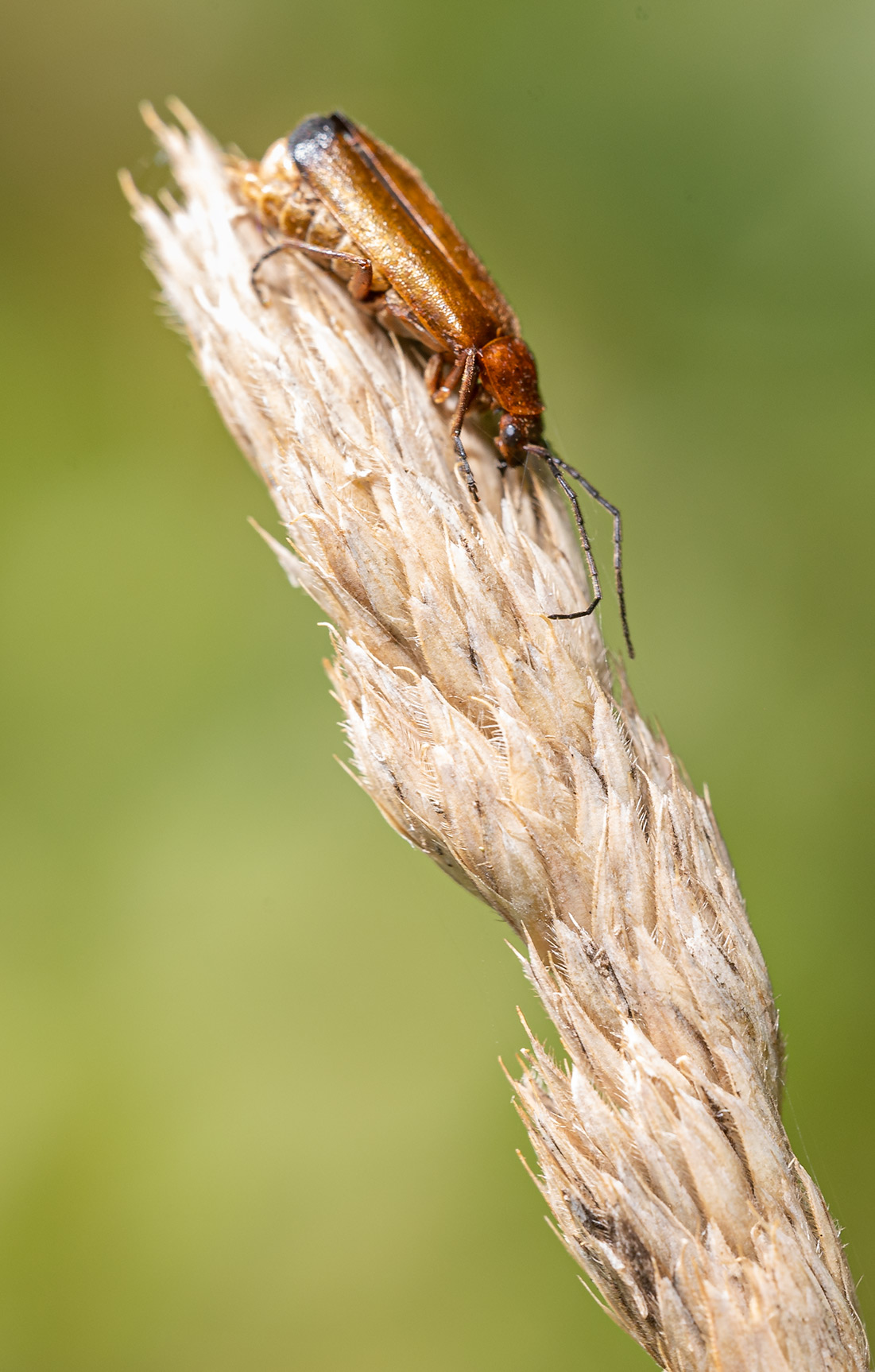 In amongst the Soldier Beetle's, this much larger yellow and black beetle is a Longhorn.

This damselfly with a blue tail is, I think, a blue tailed damselfly. These are small and hard to spot but patience pays off when one finally lands. 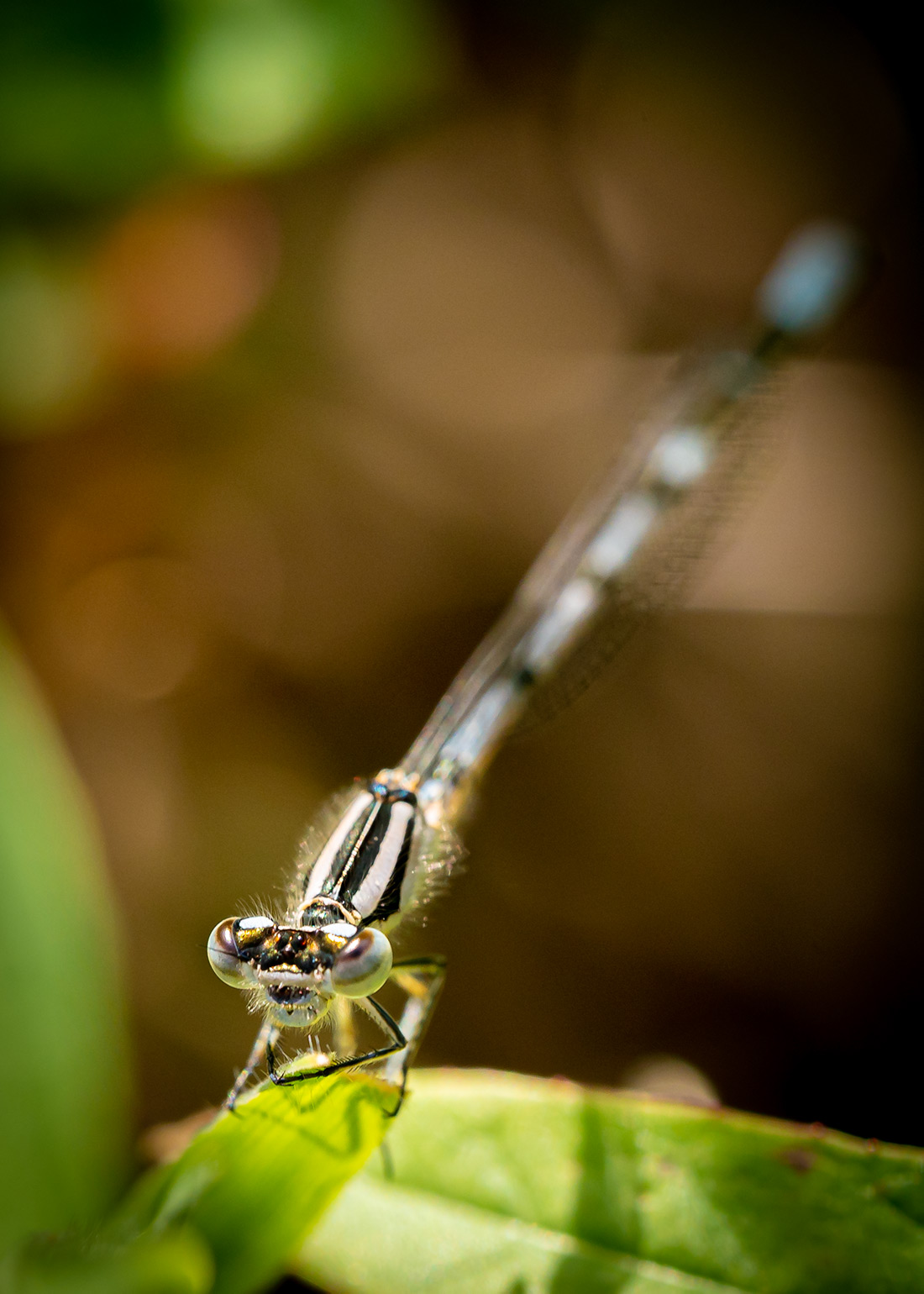 The flower below features two insects. I believe the one nearest, with a long pointy tail is a Female Dolichomitus Ichneumon Wasp. 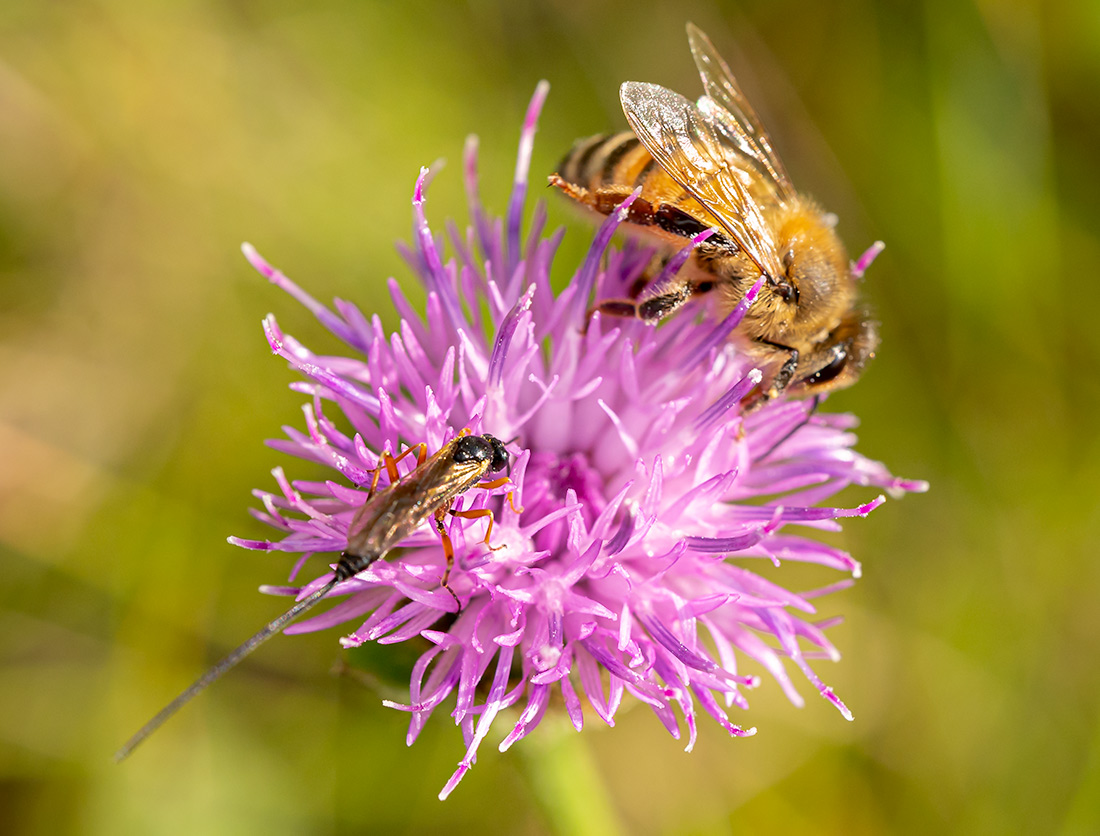 A fantastic afternoon at a wonderful nature park on a glorious sunny day. I'm really happy with the variety of species I was able to see. I also saw rabbits, birds of prey, heron and many other creatures that were just too quick of far away for me to capture them. Maybe next time I'll return with a longer lens... 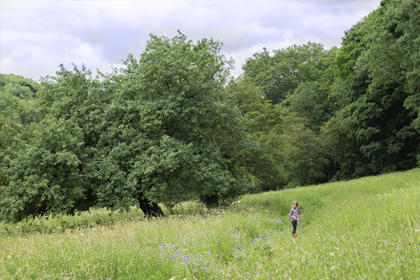 Today I visited one of my favourite spots, Brockadale Nature Reserve. After days of raining the sun briefly returned. Flowers were out in full bloom, the butterflies were active and the river was flowing fast. Perfect for a day of photography! Well, sort of...